A public or private blockchain? New Ethereum project could mean both 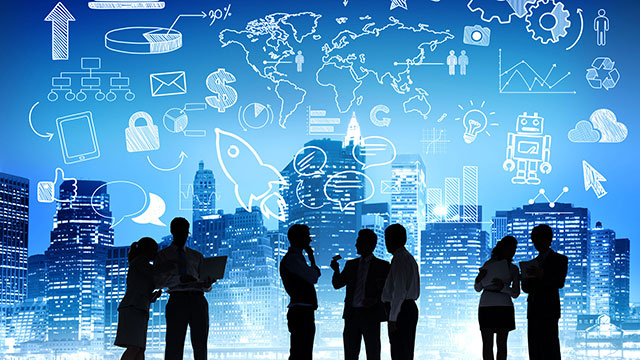 A fierce battle is underway to define the future of blockchain, with multiple types of public and private networks all competing. So when I read about industry efforts to build a corporate version of Ethereum — which is more commonly thought of as a public blockchain platform — I am intrigued.

Development is in the early stages, but if a viable enterprise Ethereum emerges, it could be a strong contender for that blockchain standard crown.

An enterprise version of Ethereum could be used almost immediately to build robust, large-scale private blockchain implementations in almost any industry or for almost any purpose. More importantly, because of Ethereum’s roots as an open-source, public blockchain, an enterprise Ethereum would be equally well suited to eventually building global, freely-accessible and consumer-oriented business platforms.

I strongly believe the future lies in such open, decentralized platforms, and that Ethereum is an excellent candidate to make that future a reality.

As has been pointed out elsewhere, Ethereum is a highly attractive blockchain implementation for business and has already garnered a great deal of enterprise interest. This is because Ethereum is readily available, easy to learn and use, and also fully programmable — or, as it is known, Turing complete. Therefore, developers can adapt the technology for any business purpose. Individuals, companies, consortia or even whole industries can easily build their own platforms on top of the public protocol.

To date, adapting the public-network technology for corporate platforms has however been slow. Execution has not yet been possible for a number of mostly technical reasons. To understand why a viable enterprise Ethereum would be so compelling, we need to look at those reasons in some detail.

One of the fundamental distinctions in the blockchain world is that between permissionless and permissioned chains. A permissionless blockchain, like the original one for bitcoin, is an open platform. Anyone can join. Permissioned blockchains, meanwhile, are restrictive. Some authority must grant access.

When bitcoin burst onto the scene, the enterprise community quickly understood the potential of its underlying blockchain technology. But it also quickly saw the limits in the business environment of the kind of public, permissionless distributed ledgers the bitcoin blockchain represented. Such limitations related to speed, security, privacy, cost, lack of programmability in the original bitcoin blockchain. The list goes on. Many of these issues are a result of the functionalities needed to make a public blockchain viable (for example, the consensus mechanisms that prohibit cheating).

By controlling access to only allow trusted users onto the platform, developers can sidestep many of these problems. As a result, we have seen Ethereum used for various kinds of private, permissioned chains in any number of individual projects or in larger consortia like R3 CEV or Hyperledger Project.

But while permissioned chains make sense from a security and confidence perspective today, the picture looks different down the line.

Going with the flow

For one thing, private chains are not as scalable as public ones, which can be a major limitation. Take a use case like trade finance or a global loyalty points scheme. You don’t want to limit these to an inner circle of members. Rather, you want to make it as easy as possible for the largest number of entities or users to connect. Public chains — open to all — are more flexible in this regard.

A privately owned chain is also reliant on the skill, expertise and continued investment of its owners. That means cost and effort to build. It also means potential risk for clients of being tied to the decisions — and perhaps the mistakes — of the developer. Private chains also generally mean private standards; therefore, they may not be as interoperable as public ones.

The enterprise Ethereum project seems to be a serious effort to deal with these issues by bringing the public, open consumer side of the equation together with the business side. In doing so, a community of some 10,000 Ethereum developers around the world — a group with profound experience developing the platform as well as working in a decentralized environment — could unite with the traditional business/enterprise development community. This would be a powerful mix, and would correspond with other broader important trends in the blockchain community.

I believe distributed ledgers will tear down information silos. As a result, the line between what is enterprise and what is consumer will fade, as will the lines between different industries. We get a hint of this today with the weakening of the information silos separating supply chain management and trade finance.

Centrally managed platforms dedicated to a single sector will struggle to cater to such environments. Open platforms are more flexible; therefore, they are better able to handle and facilitate cross-industry usage of information and services as well as integration of different types of entities and users.

As the Internet of Things matures and billions of devices come online, we will see an explosion in the sheer numbers of entities needing to interact. Private, permissioned platforms will have problems handling such large-scale hyper-connectivity. Open platforms that are easily accessible and extensible by the community are more suited to this kind of world.

The sky is the limit

Increasingly, I believe that a decentralized model is the only way to manage and transact in a highly distributed world of the kind taking shape today – and that we will end up with some kind of public cloud environment for enterprise blockchains, as for much else. It won’t happen overnight, but the signs point that way.

If this seems farfetched, remember that there were similar discussions in the early days of the internet. Back then, some said AOL should be the global platform precisely because it was private, more secure, and so on. But the open standard won out in the end.

We will have to wait and see what comes out of an enterprise Ethereum project, if anything. But I think it’s something to keep a close eye on. If it can be made to work, enterprise Ethereum has a real shot to become an open, global blockchain standard.