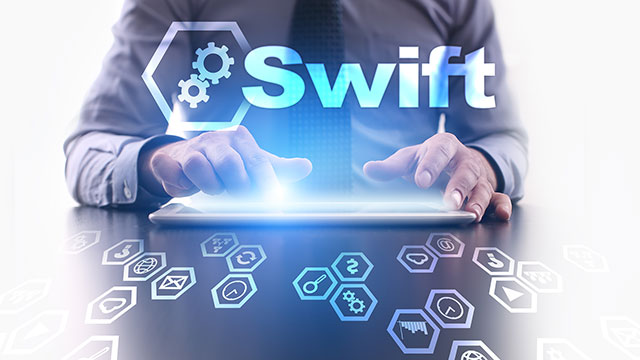 Last month I had the honor of being invited by SWIFT to join its Distributed Ledger Technology (DLT) and Cyber Security sessions at SIBOS in Geneva – and to take part in the DLT session wrap-up. It was a fantastic experience, not least because of the excellent organization of my friend Peter Vander Auwera at Innotribe.

The experience confirmed for me two of my current working hypotheses regarding blockchain uptake in financial services:

I subsequently explained my reasons for believing the second point in both the Financial Times and my blog. So I won’t go into that here.

In this post, I would like instead to summarize some of my other insights from those sessions, as I think they really shed light on the status of blockchain in the industry at the moment, and the role organizations like SWIFT might play.

Off to the races

First off, there is no doubt that blockchain is coming and that we’ve entered a race to get into production.

But right now most of the action – and a lot of the press – is in areas like cross-border payments and trade finance. As I wrote in the FT, these are low-hanging fruit.

The real question for banks is where else can this go? How can banks use blockchain’s promise of real time speed, reduced complexity, and reduced risk to improve current business or operating models. Or better yet, leverage those capabilities for completely new products and services – exploring the blue ocean of possibilities no one is yet focusing on.

I think the answer will depend on several fundamental factors. Among them:

Another theme was collaboration. We naturally talked about the current supportive regulatory environment (the subject of a previous post as well).

We also talked about collaboration on business standards – a prerequisite for broad-based platforms. Will we need new standards, or will we be able to port existing ones – ISO 20022 messaging as recommend by SWIFT comes to mind – into the new arena? This is an interesting question, as well as a reminder that blockchain is by no means just a tech play.

We will also need leadership to drive and coordinate collaboration. We will likely see this from the small teams working in consortia or other cross-industry groups, or perhaps an existing entity like SWIFT, which can act as a kind of United Nations of banks.

Which brings me to the last main thread of the sessions: the role of SWIFT in a blockchain world.

There is no doubt that SWIFT faces a challenge from the blockchain. The best example is what is happening with Ripple, which offers banks real-time payment settlement and radically reduced costs, and will enable new types of high-volume, low value global transactions. SWIFT’s counter effort, its GPI initiative, is very interesting, but – despite garnering considerable support and momentum at Sibos – at the moment doesn’t match Ripple’s DLT capabilities.

Yet the SIBOS sessions underscored for me how organizations like SWIFT still may have a significant role to play.

Let’s not forget that SWIFT’s membership includes more than 11,000 financial institutions in over 200 countries. That’s an asset. So is its experience as a standards setter, and with such things as access control, identity management, structuring of Service Level Agreements and managing a high volume, global network. SWIFT could be a natural home for a permissioned distributed ledger, with the advantage of an established brand and trust.

It will be very interesting to come back to SIBOS next year and see how all this has played out.

Watch the full video of the DLT and Cybersecurity: SIBOS week wrap-up.