Brexit is not the death knell for UK FinTech 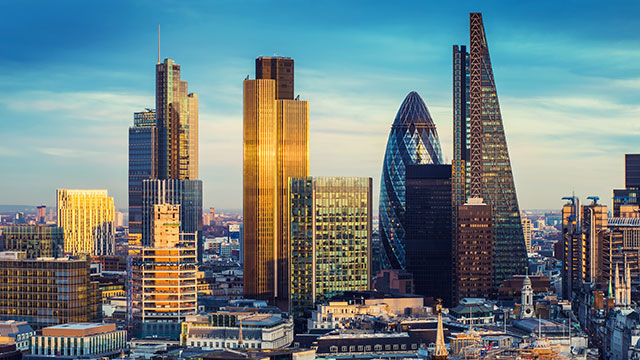 There is no doubt that Brexit was a shock to large parts of the UK business community. This is certainly the case in the financial technology, or FinTech, sector.

FinTech is a catch-all term used to describe the exploding number of technology companies – both startups and established firms – building products and services to improve and transform financial services. It has become a significant industry, attracting over 25 billion US dollars in investment globally in 2016. Since FinTech arrived on the scene the UK has been one of this nascent industry’s clear leaders.

After the referendum this position is no longer secure, and UK FinTechs are concerned. As someone who, through his work, has come to know the UK FinTech scene quite well, I can understand.

Here are what UK FinTechs are particularly worried about when considering their post-Brexit future:

Talent. By far the most pressing concern for UK FinTechs is the future of their workforce. Both finance and tech are highly globalized, internationally oriented industries, dependent on an international talent pool. In a report last fall Innovate Finance, the non-profit organization that represents UK FinTechs, noted that the founders of almost a third of its members were non-British. (It also noted that over 40% of workers in Silicon Valley are foreign born, underscoring just how global tech talent really is.) Anything that restricts access to skilled people will hurt UK FinTechs.

Access. Brexit represents a break with the UK’s largest trading partner – a significant market of over 500 million people. As part of the EU, UK FinTechs requiring a financial license enjoyed easy access to this market through a process known as passporting, by which a UK-based license is generally enough to do business in other EU countries. The UK government has said it will ensure full access to the EU post Brexit, but the Europeans have been more reticent on the subject. Any loss or increased difficulty of access will be a blow.

Investment. While global investment in FinTech has been rising, it has slowed down in the UK lately, mostly due to Brexit-fueled uncertainty. It’s too early to say if this a long-term trend. Yet there is no doubt that if confidence in UK FinTech is eroded, that would make it less attractive for foreign investors. An exit from the EU also likely means the loss of EU-based seed funding for VCs and startups, which has been a useful source of support for innovation in the past.

What can the UK and its FinTech community do? There are several things.

First of all, the government should ensure the country remains open to tech talent and tech entrepreneurs no matter where they hail from – for example by relaxing visa requirements for skilled workers. It can also do more to nurture home-grown tech talent through education and skills policy.

Though it will be easier said than done, during the Brexit negotiations the UK government should do its best to assure its financial services companies, including FinTechs, maintain access to the European market. Failing that, the government should concentrate on making it as easy as possible for UK FinTechs to enter from the outside. One way is to harmonize UK financial services data standards with those coming into force in Europe.

The UK government should also do what it can to ensure UK FinTech startups have access to VC and other early stage funding, particularly if EU-based sources, like those currently supplied by the European Investment Fund (EIF), dry up. It can do this through tax and other policy, including strengthening the role of the British Business Bank (BBB).

To be clear, I am not saying that Brexit has sounded the death knell for UK FinTech. Quite the contrary: there will doubtless be opportunities as well as challenges.

Outside the larger EU framework, the UK government might have more room to introduce FinTech-friendly regulation or pursue policy to make it easier for these firms to find financing. It would also find it easier enter into bilateral agreements with other countries. If the UK can for instance get closer to the US administration on the FinTech topic, bringing each country’s FinTechs and investors closer together, UK FinTechs would no doubt profit.

The shock may also prove to be a catalyst, pushing UK-based entrepreneurs and tech talent to work harder to produce the increased efficiencies and lower costs that FinTech promises.

But there is no doubt that Brexit has upended the apple cart. As long as the current uncertainty remains, concern is more than warranted.