Why initial coin offerings will not replace venture capital for startups 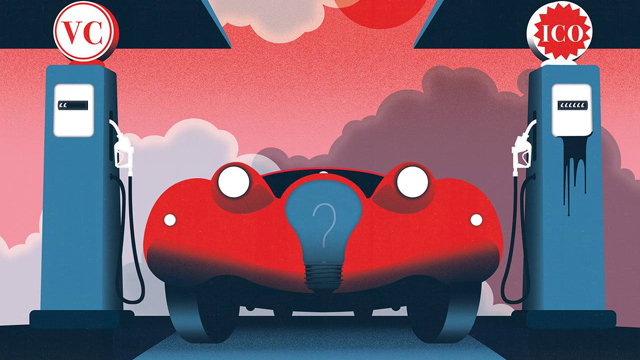 There should be no doubt by now that initial coin offerings – token sale fundraisings by startups – have established themselves as new and very compelling forms of capital raising.

Startups, primarily in the blockchain world, raised $4.6bn in various forms of token launches in 2017, a quantum leap from the $0.2 billion raised the year before. While this may not seem like much compared to the $188.8bn raised in traditional IPOs in 2017, five of the largest ICOs in history took place in October and November so there is clearly strong momentum.

This has begun to disrupt above all the traditional venture capital model by providing a compelling alternative fundraising mechanism for startups. An ICO lets a startup take its idea directly to investors for near-instant validation through the crowd, and relieves founders of the often significant time commitment needed to pursue fundraising through traditional means. This in turn gives them more time for their real job: innovation. With a successful ICO, startups can also potentially meet all their capital needs in a single raise rather than needing to constantly raise fresh venture funding.

So it is no surprise people are beginning to ask if ICOs will make venture capital obsolete. I think the new model will almost certainly disrupt the way VC firms do business. But it won‘t mean the end for them.

VC firms still offer founders a lot. Their participation in a project is a strong validation of the idea and they can offer valuable advice in terms of refining concepts and developing business plans. While a single, all-encompassing funding round through an ICO can be tempting, windfalls can lead to excesses. Venture capitalists, which traditionally provide funding in series of smaller rounds, can help ensure founders remain prudent spenders and push them to meet deadlines and achieve milestones.

There are also parts of the ICO market that need to mature before it can attempt to replace venture capital.

The biggest area that requires attention remains regulatory uncertainty. While regulators around the world have generally been attentive to the rise of ICOs, and have worked hard to understand them, there are still a number of thorny legal and regulatory issues to be addressed. There is disparity between jurisdictions and most countries have yet to address cryptocurrency tax questions in a meaningful way.

ICOs also continue to face a serious threat that traditional forms of fundraising do not: that of hacking. We have seen money stolen from token launches through fraud, for example through phishing schemes or fake websites, as well as security flaws in cryptocurrency wallets. If the ICO community cannot address such cyber security issues, it will have a hard time catching on with mainstream investors.

None of which is to say ICOs will be unable to deal with these issues. Various initiatives are underway to improve regulation, security and investor protection.

These include efforts by the industry to regulate itself, for example through codes of conduct like the one we recently developed at the Crypto Valley Association. Increased focus on cyber security is likely to see more structures designed to protect investors, such as lock-up periods forcing investors to more carefully evaluate projects and discouraging ‘pump-and-dump’ schemes, and pre-registration requirements.

In the future we are likely to see more structured funding rounds as well, with caps, increased transparency regarding the need for funds, and innovative ways to govern the use of funds – from voting by investors to smart contracts to ensure that pre-agreed capital expenditure plans are adhered to.

But for the time being, although ICOs are clearly a disruptive development in the world of startup funding, they do not stand to replace traditional venture funding – certainly not yet.

And even as the ICO industry matures there is every reason to think venture capital will remain an important part of the startup process. Venture capitalists could work alongside ICOs by providing funding and advice to refine an idea and develop a business plan before attempting a public funding round.

In fact, combining the benefits of both VC funding and ICOs may turn out to be the best choice for venture capitalists, founders and the broader investor community alike.

For startups, it means access to important expertise at perhaps the most critical moment for the whole venture: its inception. And for VC firms it means still having the chance of getting in early on projects, either with an equity share, early participation in the eventual ICO, or both.