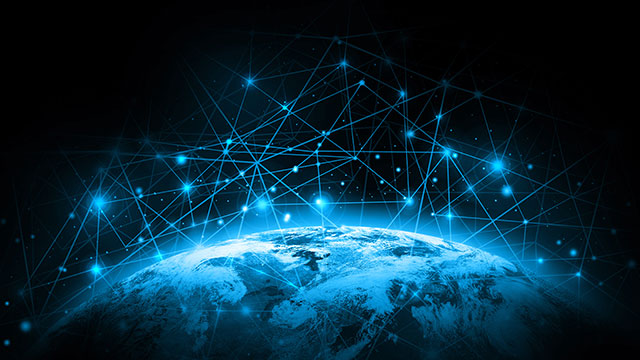 While every new US administration promises change, the Trump administration has been touting more radical doses of it than most. This includes a promise to increase the competitiveness of American industry by rethinking many of the laws and regulations that currently govern it.

From what it has said so far, the administration seems particularly focused on manufacturing. There are other areas however where the US has a chance – through forward-looking policy – to make significant gains in competitiveness. One of the most promising in my opinion is financial services technology, or FinTech.

For those not familiar with it, the term FinTech is used to describe the digital revolution currently taking place in financial services. As with similar revolutions in other sectors like music, this one is characterized by fundamental disruption caused by technology companies from outside the industry.

Products like Apple Pay or Google Wallet are only the most obvious examples of tech companies trying to take a bite out of banking. Other technology mainstays, like Microsoft, IBM and even Facebook, have set their sights on financial services as well. We have also seen an explosion of FinTech startups around the globe along with significant venture capital investment.

The rise has been meteoric. In the seven years from the financial crisis to the end of 2015 the value of the FinTech industry grew from virtually nothing to close to 20 billion US dollars. According to Business Insider, FinTech grew by another 15 billion dollars in the first six months of 2016 alone.

It is a very exciting time. Thanks to the disruptive new technologies these firms are working on, we can expect a financial industry that is far more efficient, safer and more client friendly than the one we have now. Among other things, prices for banking services will drop, while bank customers gain many more options and better tools for managing their money.

Banking regulators around the world have recognized this potential. Many are going out of their way to harness it. They are working with FinTechs to understand the new technologies and so craft sensible regulations for them. Many are taking a proactive business development role by supporting FinTech ecosystems in their jurisdictions.

While banking regulators in the UK and Singapore have been in the vanguard, this is a global phenomenon – observable from Sydney to Moscow and Beijing to Bern, Switzerland. Unfortunately, even though American Fintechs as well as banks are themselves very active, regulators in the US lag behind.

It’s not that they haven’t been paying attention. The Federal Reserve and the SEC have both been researching an important new technology called blockchain, one of the key innovations in the FinTech space. The Office of the Comptroller is considering introducing a special FinTech license to smaller companies to help foster innovation. But compared to what it is going on elsewhere, this is too little and it is moving too slowly.

On the campaign trail President Trump touted his strong business focus. To keep up, his administration should take a cue from jurisdictions like the UK and Singapore and adopt policies to further support and develop the FinTech ecosystem in the United States.

What can US regulators do? Plenty.

They can set up regulatory “sandboxes” where innovative companies can try out new technologies and products in ways that are safe both for them and the system. They can relax rules for financial innovators. US regulators can invest in in-house teams focusing on digital financial innovation, and appoint Innovation Officers to give industry a clear point of contact and support. They can open, or support the opening of, Fintech laboratory or innovation spaces, like the now-famous Level39 in London or the new LATTICE80 in Singapore. They can also look to more closely cooperate with other regulators through bilateral agreements, as many of their foreign peers have already done.

There is much to be gained. The US remains the world’s largest financial services market as well as the global leader in digital technologies and innovation. Yet its position cannot be taken for granted. Particularly in the heavily regulated banking industry, governments have an important role to play in either hindering or fostering progress.

We already have a negative example of how this can work. The bitlicense introduced by New York State, meant to control cryptocurrencies, arguably put a damper on innovation in New York in the key blockchain technology mentioned above. (Blockchain is the technology behind bitcoin and other cryptocurrencies; it has very significant, and absolutely legitimate, potential uses in banking and many other areas.)

The federal government would do well to consider this when it looks at other relevant areas of FinTech. Take artificial intelligence, or AI. From automated trading platforms to so-called robo-advisors, AI is set to profoundly transform financial services (as much else in our world). That makes it one of the most important technologies in the FinTech toolkit.

The US has a clear advantage here: American companies already invest billions in AI, and US universities remain on the cutting edge of research in the field. With the right regulatory and legal support, I think the US could become the world’s leading hub for AI in banking. That would go a long way to cementing the US’s role as a leader in FinTech in general.

This will have the advantage not only of creating a supportive, forward-looking FinTech environment in the US. It will also create new, forward-looking jobs as bank tellers are transformed into data scientists and high-end software developers.

This last point is very important. We must keep in mind that automation will bring structural change to most if not all service industries, and to a great deal of manufacturing as well. This is a process that will be hard if impossible to stop. If the current administration can shift labor capacity and skills from the old world of banking into the new, it will go a long way to ensuring a continued leading role for the American financial services industry. That can only be to the advantage of those who work in it.

Artificially protecting old jobs, on the other hand, removes the pressure on industries to digitize and modernize. In banking, this would be a boon to those other jurisdictions that are currently supporting their FinTech communities, and give them great leverage in the current technology race. This cannot be in the administration’s, or the country’s, interest.

The winds of change are blowing through financial services. The new administration should trim its sails accordingly, and not miss the boat when it comes to the future of FinTech in America.