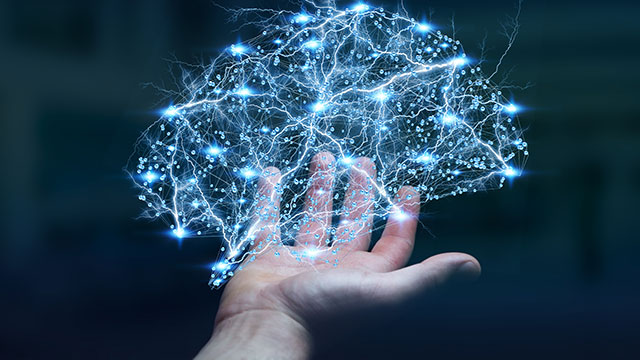 By Oliver Bussmann and Florian Herzog

When the blockchain first arrived on the scene, people concentrated on its potential to disrupt the financial services industry. This included banks and other financial services players, who for several years now have been intensely studying and pondering the implications of this new technology for their businesses.

Over this time, we have seen similar levels of interest in many other industries too, from global trade to healthcare.

One notable exception to this rule has however been the life insurance industry, where we have seen very little movement to date. Unlike others, life insurance does not appear to believe its business models are ripe for disruption by distributed ledger and smart contract technology.

We think this is a mistake. Here is why.

In Europe, for example, distribution is often handled through exclusive arrangements with banks, often called bancassurance. In other parts of the world distribution is typically carried out via brokers, agents or other distribution partners, also generally on an exclusive basis.

This exclusivity is not just rooted in contractual arrangements, but is strongly reinforced by the generally outmoded technology and processes involved.

Today’s insurance industry relies to a great extent on 1970s-era IT architectures, where data lives in large, proprietary, static databases and is pulled, processed, and returned by separate, equally complex legacy applications.

Such systems are highly costly to build, maintain and connect to. Many of the business processes that support these systems remain heavily paper-based, requiring a lot of trained staff. That makes them expensive and inefficient too, but also difficult for others to emulate.

The result is in effect large, impenetrable distribution silos. Thanks to the sometimes astronomically high cost of connectivity, it is not easy for brokers to change networks or extend their offering. Because data is not easy to share, it is difficult for brokers or end customers to compare prices or conditions.

As long as they remain under their control, such silos can of course be advantageous to the life insurers. Unfortunately for incumbents, their great walled towers are set to fall.

Thanks to blockchain and smart contract technology, we will be able to replace the old silos with large-scale, open, non-exclusive life insurance distribution networks that will offer great benefits in terms of cost, connectivity and transparency.

With the blockchain, for instance, we can design and implement frictionless digital processes that are more efficient and far less costly than the expensive, cumbersome processes in use by the industry today. This will significantly lower the barrier to entry for new players.

As blockchain platforms are highly interoperable, almost anyone can easily connect to them. This will bring the current high cost of onboarding onto distribution networks down to near zero. The result will be increased competition as new waves of digital brokers, broker platforms as well insurance providers come online.

Blockchain-based platforms also make it easy to share data, which will increase transparency by orders of magnitude. Large insurers will find themselves competing on price and service for the first time, something they are not used to.

When you add smart contract technology on top of the blockchain, then the possibilities – and the threats for incumbents – are greatly increased. That’s because smart contracts allow us to put business logic directly on chain.

This introduces radical automation into the picture, as everything from signing policies to checking if payments have been made to handling lifecycle events to paying claims is automatically executed by the contract.

This will not only make it easier for ever more providers to offer ever more products. It will also allow them to introduce new and highly innovative solutions with relative ease.

We believe incumbents should not underestimate the innovation potential inherent in smart contracts.

At Deon Digital – where Oliver serves as Chairman of the Advisory Board and Florian as Chief Technology Officer and Founder – we are building a smart contract modelling language that is blockchain technology agnostic.

This language will make it very easy for business analysts and process designers to model business processes in a high-level way, and then convert those models directly to contract code. By choosing such a distributed ledger-agnostic language, insurance product development becomes dramatically simplified, resulting in faster, cheaper and more agile product innovation.

This is just one example of the kinds of innovation that will make it easier for new companies with new ideas to design and execute new products. That will reduce barriers to entry and increase competition even more.

For these reasons, we think the apparent complacency of the life insurance industry with regards to these new technologies is misguided.

From the point of view of the blockchain, life insurance seems ripe for the picking.